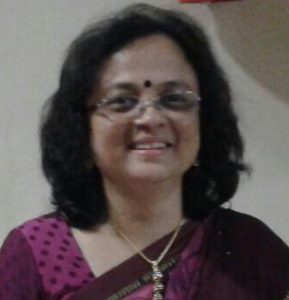 As per Harvard Gardner, the definition of intelligence is – “The ability to solve problems or to fashion products that was valued in one or more cultural or community settings.”

“You don’t have brains… you don’t have the ability to do this work. You are stupid. You are dumb. You don’t know anything.  You don’t have common sense. You commit silly mistakes again and again, can’t you behave properly with the guests? For God’s sake, don’t stand like a pole, say something, mix with the group otherwise you will be made a scapegoat. Concentrate on your studies and achieve good marks. You are good at studies but if you study hard, you will score fabulous marks.”

These are the typical remarks we hear many times. What do these remarks sound like? Someone may feel that the boy/girl is very lazy or low in intelligence. She/he cannot behave well or express well or mix up or study or understand or grasp or work as expected. But this is not the case. Let us see what is meant by intelligence. There are three types of intelligence:

Scholastic/Academic Intelligence:  Anjali is fourteen years old and is in the eighth standard. She is a very intelligent girl. She gets more than 90% marks in every exam. Almost in every unit test, she gets cent percent marks. She was the favourite of all her teachers. She liked to study and used to study by heart. Even her attendance was 100%.  Her parents were very proud of her. But she used to talk very less. Once in a while, if she got even one mark less than anybody else, she would sulk. Sometimes, she used to cry alone in the lunch break. If anyone asked her, she would never reply. As expected, she was in the merit list in the tenth standard board exams. She stood first in the whole school. She chose the science stream. She was a little shy when she went to college. As she was intelligent, she stood first in the eleventh standard too. Everybody had great expectations from her in the 12th standard also and she fulfilled them. She got the 9th rank in the 12th standard board exam. She got 95% and decided to become a doctor. She got admission for MBBS and again she started studying hard. She didn’t have many friends. So studies were her best friend. She passed MBBS in the first class. Her family started discussing about her marriage. She used to get a little nervous about the subject of marriage but still she was curious about it. Due to her excellent academic qualification, she got many proposals from good and cultured families. She got married after the first year of MD. Her husband was also a very intelligent person. Her married life began and something was missing in it. She planned to appear for the second year of MD but she couldn’t study. She couldn’t gel with her husband. They had many differences. She used to be quiet after any argument. It led to small mistakes while working in the kitchen or while taking care of guests, etc. Then her in-laws started humiliating her. Previously, they were very proud of her intelligence. She couldn’t understand her mistake. Still she studied hard and got through the second-year M.D exam. Everybody in the family was happy. They suggested that she should take up a job. So she joined a hospital. But the mistakes continued there also. She couldn’t understand why she was losing her confidence. Even her husband started humiliating her frequently. She used to cry a lot. She was unable to control her feelings. One day, when her husband asked her for a divorce, she was totally broken. She left her job and came to her parents in a very depressed mood. Such an intelligent girl couldn’t do anything in her career or married life. Everybody was surprised about the fact. Why did these things happen to Anjali?

What is Scholastic/Academic Intelligence?  To study means to imbibe or master the academic syllabus. Previously, intelligent quotient was taken into consideration. In 1940, for some research, 95 ex-students from Harvard school were studied in their ’40s. In that study, it was seen that the students who had a high intelligent quotient were not as successful in comparison to an average student. Their productivity, salary and the status they were getting was much lower than the average student and the most important thing was that they were not happy with their lives. They didn’t have good relationships with their friends and relatives.

In the overall population, 2% of the people are genius or above genius. The mentally retarded people are also only 2%. All others have an average intelligence quotient. Why are those people with best intelligence not very successful?

The present concept is emotional quotient. Let us see the meaning of emotional intelligence.

Emotional Intelligence:  Abha was a versatile personality in Anjali’s class. Her financial status was low but she was always happy. She was an average student in academics and used to get around 60 to 65% marks. But she used to write the answer paper very well. She was well aware about the meaning of whatever she used to write in the answer paper. She had great respect for Anjali and wished that she could also get highest marks like Anjali, but all in vain! But she used to participate in all the extra-curricular activities of the school. She had a good rapport with all the classmates. Even if she used to get average marks, she never got depressed. Abha used to console Anjali when she used to cry. She always used to smile. Even if sometimes any teacher said something bad about her performance or scolded her, she never sulked. Within no time, she used to be normal. She used to find out her mistakes. She got 70% marks in the tenth standard. She was thrilled as she had got higher marks than usual. But her feet were firmly on the ground. She took admission to the science stream in the eleventh standard. She liked the colourful college life. She enjoyed the atmosphere, open friendship with boys, sometimes their comments and all things of college life. But along with these things, she concentrated on her studies. She wanted to learn much more from life. Her height was a little less than other girls of her age so she had to bear some remarks from others. But she never bothered about it as she always believed that intellectual height is more important than the physical one. She made many friends which included girls as well as boys. She understood the meaning of friendship. She always helped others. Over a period of time, she passed the 12th standard exam also. She had studied a lot but still she got less marks than expected. She cried for almost a day. But after that, she took hold of herself. She decided to choose a field of her liking. She liked botany very much and was fond of nature too. So she decided to do BSc. She graduated with a first class. Now she was not sure about what to do next. In between, she used to participate in street plays with a drama group, just for fun. She achieved success in that. So somebody suggested to her to choose a field in which she could be of help to people as she had a good confidence level, even in front of the public. She liked the idea and decided to go for degree in social work. There also she passed with first class. Still, she felt that she should do much more in her life that would give her a good name also. In between, she got introduced to the field of counselling and got attracted to that field. She didn’t have the freedom to choose a different field. Her family was not ready for that. The discussion about her marriage was going on in the family but she managed to convince her parents about her point of view. In spite of the tremendous upheaval about her marriage, she was still firm on her decision. She told them that unless and until she settled down in her career and became independent, she was not going to get married. She collected the maximum relevant information about a career in counselling. She did some jobs and courses. With great efforts and confidence, one day she started her own counselling centre and settled down in her career. Now, she was ready for marriage. She got a good life partner too. He promoted her career. Today, she has a successful married life and along with that she is helping people through counselling. She wants to continue her career in future.

On the other hand, people with a high emotional quotient are extroverts, enthusiastic, fearless and carefree. They are aware of their social responsibilities, tolerance and commitment towards others. They preserve relationships very empathetically and with great care. They have a very peaceful emotional life. They are comfortable with the atmosphere and people around them and most importantly, they are comfortable with themselves.

Some of his conclusions about women include: Women with high intelligence quotient are very confident in their thinking and can express themselves very well. They are completely rational in their outlook and take interest in different fields; they even introspect. But they have a guilt conscious and are over-worried or conscious. They are afraid of expressing their anger and that is why it explodes indirectly. On the other hand, women with high emotional quotient are firm about their opinions, very expressive and have an optimistic attitude about them. They have a happy view towards life. They are outgoing and can manage stress very well; they can express their feelings. They can easily get friendly with new people and are very comfortable with others. They have a sporting spirit and are self-motivated. Sometimes, they have a tendency of over worrying or having a guilty feeling.

Let us see the other things that are included in the emotional quotient:

Psychologist Potter Salve has mentioned five points related to bringing intelligence into emotions. The five points are as follows-

We now know that if people who are successful in the academic field are supported with emotional development, they can achieve excellence in their career. Even after their academic career is over and they start their life, they can take important decisions with a balanced mindset. We have seen Abha’s case; in spite of lesser intelligence quotients, with the help of a high emotional quotient, she enjoyed a successful and satisfied life. Success changes with your attitude and thoughts. There are three phases in our life where intelligence and emotional quotient work. The first is academics till you are pursuing your academic career. The second is profession or career; taking responsibility in some or the other field and leading your life independently. It includes marriage, children and their upbringing and responsibilities related to that and the third phase is achievement of all the goals and leading a relaxed and fruitful life, where you can help others with the help of your experiences.